Part of baseball’s greatness comes from the fact that its appeal spans across generations.  While the names of the players change over time, the game itself is the same one that your father and your grandfather grew up watching.  The timelessness of the game has made it a truly generational affair, with several of today’s players being the offspring of former Major Leaguers.

But being the child of a Major Leaguer only to become one yourself is hardly a modern phenomenon.  Throughout the games history there have been numerous father-son careers.

In honor of Father’s Day, here are some of our favorite father-son duos throughout baseball history. 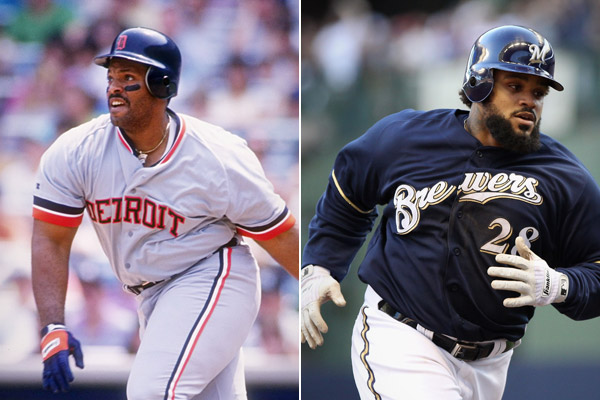 Both players were known for their immense power, with Cecil bashing homers from the right side of the plate, and Prince from the left.  They followed strikingly similar paths as both player’s careers went through Detroit, with Cecil spending his most formidable years with the Tigers.

Their similarities do not end their as their career stats overlap as well.  Both sluggers finished with exactly 319 home runs (tied for 120th on the career MLB home run list), and they are the only father-son duo to both have at least one 50 homer season; Cecil hitting 51 homers in 1991 and Prince following with 50 of his own in 2007.

Aside from statistics, they managed to make some fine commercials together during the 1990s.

The greatness of this duo can certainly be debated as it is also still being written, but you have to factor in the fact that Fernando the elder accomplished something in baseball that will probably never happen again, and how Fernando Jr. is quickly becoming one of the most popular players in baseball, if not becoming the face of the sport.

Fernando Sr.’s career was derailed by injuries, but that didn’t stop him from leaving a permanent mark on the game.  1999 was easily the best season of his career, batting .298 with 34 homers and 107 RBI.  But the final numbers were a footnote to what he accomplished against the Los Angeles Dodgers on April 23, 1999, when Fernando Sr. hit two grand slams.  In the same inning.  Off the same pitcher (Chan Ho Park).  To go along with hitting two grand slams in the same inning of the same pitcher, this also set an MLB record of most RBIs in a single inning (8).  Both instances are records that are unlikely to be matched or surpassed.

The career of Fernando Jr. is still being written, but the potential for greatness cannot be denied.  Only 22 years old, Jr. has already won a Silver Slugger Award (2020) and became the youngest player to ever appear on the cover for the MLB The Show video game franchise.

Oh, and on April 23 of this year, 22 years after his father hit two grand slams in one inning, Fernando Jr. hit two homers of his own in the same game, in the same ballpark (Dodger Stadium) as his father.  It doesn’t get much more beautiful than that. 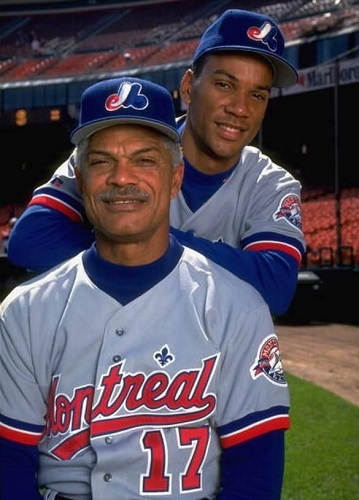 We could write an entire story on the baseball dynasty that is the Alou family, but we will stick with Felipe Alou and his son, Moises given the subject matter of this list.

Felipe was one of the best players in baseball during the 1960s, making three All-Star games between his time with the Giants and the Braves.  Though he is probably more well-known by today’s fans as a manager as over the course of 25 seasons he managed the Montreal Expos and the San Francisco Giants, amassing 1,033 wins as a manager.

He also had stints with both the Montreal Expos and the San Francisco Giants, during which his father was his manager.

Combined, Felipe and Moises collected over 4,200 hits and 500 home runs. 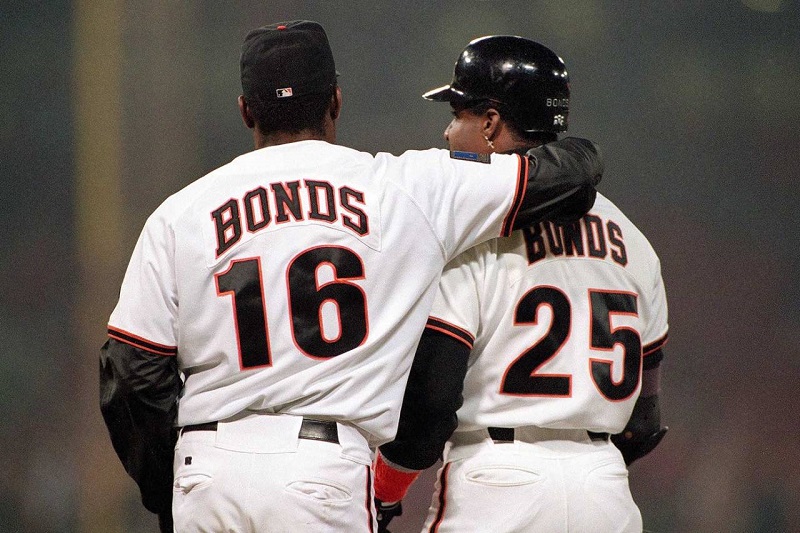 The greatness of Barry Bonds’ career has understandably overshadowed the career of his father, Bobby.  To the point that Bobby Bonds is considerably underrated.  A 3-time All-Star, Bobby collected over 330 homers in his career to go along with 1,024 RBI and 3 Gold Glove Awards.

The accolades for Barry go on a mile long.  Here are just a few:

Barry Bonds was simply the greatest player of his era, though it is understandably brushed to the side given allegations of use of performance-enhancing drugs.  But even still, this father-son duo is the only tandem to both have 10 or more seasons of at least 20 home runs and 20 stolen bases. 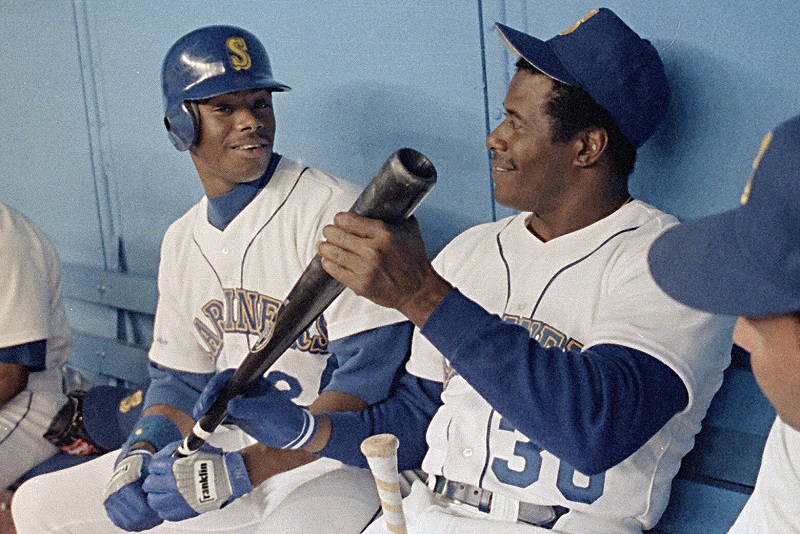 Ken Griffey, Sr. and Ken Griffey, Jr. may be the most respected father-son duo to ever play the game and are one of the few father-son pairings that actually got to play on the same team together.

Griffey Sr. was a key cog for the Big Red Machine Cincinnati Reds of the 1970s, helping the team to back-to-back World Series championships in 1975-1976.  He made three All-Star game appearances over his 19-year career, including being named All-Star Game MVP in 1980.

Griffey Jr. turned into one of the best outfielders to ever play the game.  The face of baseball during the 1990s, Griffey Jr. smashed 630 homers in his career, won 10 Gold Gloves, made 13 All-Star teams, and was named American League MVP in 1997.  He was easily elected into the National Baseball Hall of Fame in 2016.

But this duo’s story doesn’t come down to stats.  The cherry on top came when both were members of the Seattle Mariners.  On September 14, 1990, the Griffey’s not only homered in the same game, they did it in back-to-back fashion, creating one of the most famous and memorable moments between a father and son the game has ever seen.

Celebrate Father’s Day with the baseball dad in your life.  Baseball Express has special pricing on some of its most popular footwear and apparel.  Not sure what Dad wants?  We also have gift cards available for purchase.